Earth Day will be celebrated on April 22, 2018 . It is a moment in time that we designate to appreciate the beauty of our natural environment and address the issues that threaten it.This year’s Earth Day will be focused on ending plastic pollution. Our environment is inundated with plastic objects that we use once and discard. Single-use plastic and the increasing surge of water stored in disposable plastic are becoming a growing global problem. However, there are clean air activities all around us to encourage participation and awareness of the various threats to our environment. END_OF_DOCUMENT_TOKEN_TO_BE_REPLACED 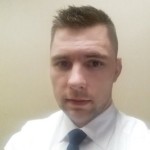 Veteran’s Day known as Armistice Day, was the result of a ceasefire between Allied Nations and Germany during World War I that happened on the 11th hour on the 11th day of the 11th month. Seven months later, the Treaty of Versailles was signed and officially ended the “Great War.” In November of 1919, President Wilson designated November 11th as a day to recognize “the heroism of those who died in the country’s service and with gratitude for the victory.” Years later, World War II required the greatest mobilization of U.S. troops in America’s history, which is why the name was changed to Veteran’s Day to honor all veterans from all wars. END_OF_DOCUMENT_TOKEN_TO_BE_REPLACED

Workforce professionals are here with HR tips for employers and career advice for anyone looking to find a job, keep a job, or get a better job.